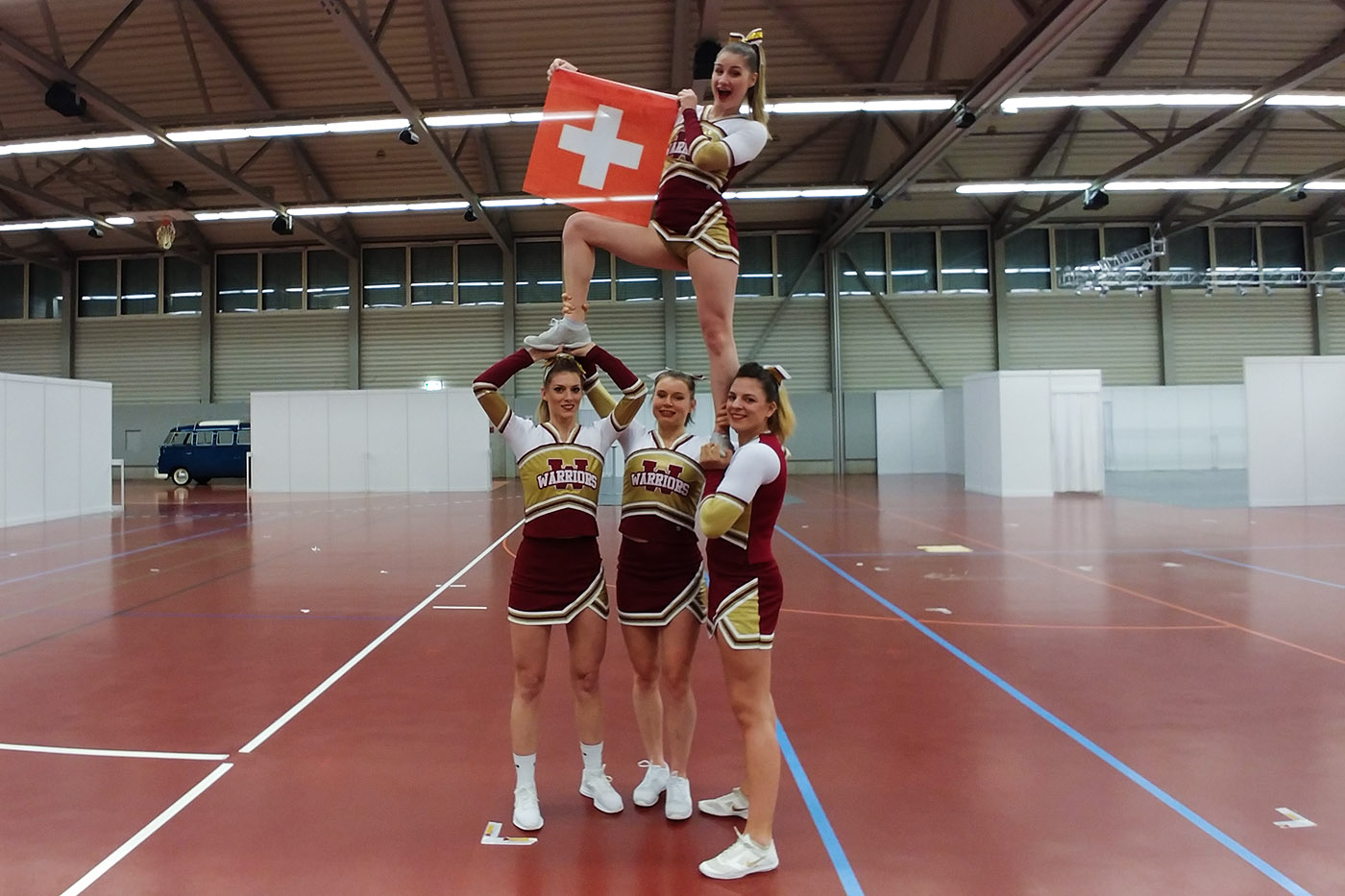 Last week, we learned about the different kinds of cheerleading. Which leaves us with the question: What does cheerleading look like in Switzerland?

As you know, we don’t have any universities that attract the masses with their professional sports teams, therefore school cheerleading isn’t an option. I assume that if we had a famous professional squad cheering for FC Basel or Kloten Flyers, we’d know about it – so that’s out as well. This leaves us with Performance and All Star cheer.

Performance Cheer has been part of the competition scene in Switzerland for years and years. Teams compete in the categories jazz, hip hop and pom dance in doubles (two athletes) or as a whole team with up to 24 dancers. For the team competition, there’s a minimum requirement of six dancers, which is less than the international standard of 16. This special rule allows smaller teams to participate and develop, which is very important in the current scene.

In the earlier days, many clubs competed in the Performance Cheer category (then called “Cheerdance”) while also training stunts and tumbling for the other categories. As the sport’s landscape became increasingly professional, most clubs decided to focus on one or the other side of cheerleading.

This leaves us with a small, but very professional selection of Performance Cheer teams. For more on this, head over to the Eurodancers‘ website – they are always looking for new talents and will gladly provide you with additional information. Even if you don’t live in or around Zurich, if Performance Cheer is what you want to do, there is always a way. So don’t be shy! You can even contact head coach Flora directly: flora@eurodancers.ch.

(Pictures were generously provided by the Eurodancers; they were taken by Hans Riegel)

The above mentioned “other side of cheerleading” is a bit harder to explain, as the definition changes slightly from team to team. Most squads started out on the sidelines of another sport like American football or soccer. As many teams still belong to another club (such as mine; we’re with the Winterthur Warriors American Football team), you could say that there are elements of School Cheer in current Swiss cheerleading. When it’s game day for the team, the cheerleaders are often found supporting them from the sidelines.

This, however, is not our main occupation. Cheerleading teams in Switzerland train hard several times a week to work out a routine that much more resembles All Star cheer. Some teams, like the Fire Allstars or the Lausanne Angels Cheerleaders, are completely independent clubs and can be categorised as All Star teams. They don’t engage in any sideline activity and only train for championships.

The ultimate goal – apart from international ventures – is to win the Swiss Cheerleading Championship.

Did I hear international ventures?

You sure did. As there are only two to three competitions a year in Switzerland, many teams turn to our neighbouring countries for another challenge. Various championships are offered across Europe, and some of them are open to international participants. Disneyland in Paris is an obvious crowd favorite, but also the Elite Championship at the Movie Park Germany in Bottrop is a popular choice.

These championships usually offer the Groupstunt category, where teams of only 4-5 cheerleaders stunt for a minute straight. That opens up a good opportunity for smaller teams or for individual members of a team who can stunt on a higher level than the rest of their squad to show off their skills.

We even have a national team to represent Switzerland at World Championships in Orlando, Florida! Before the first national team tryouts took place in 2015, the team that won the senior division at Swiss Championships was awarded the honour to go to Worlds as Team Switzerland. Today, athletes from across the country get the chance to audition and represent their country at one of the biggest cheer competitions in the world.

If I piqued your interest, you should definitely seize the opportunity and contact a team near you! Though we’re in the middle of preparing for Swiss Championships in May, I’m sure you’ll get a chance to visit the team of your choice and see what they’re up to. Here’s where you can find them: 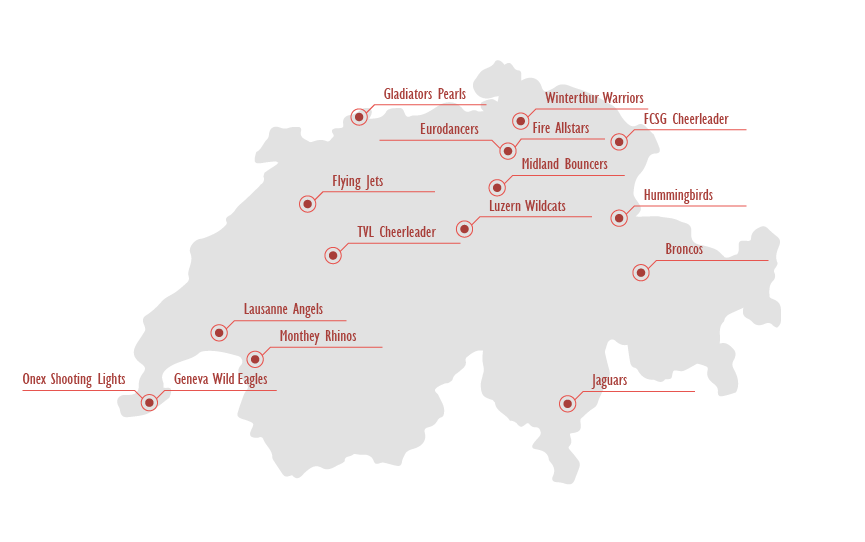 But… what do you do?

Stay tuned for next week’s post to find out! We’ll talk about the different sections within a cheerleading routine, so you can get a better understanding of what the sport actually involves.