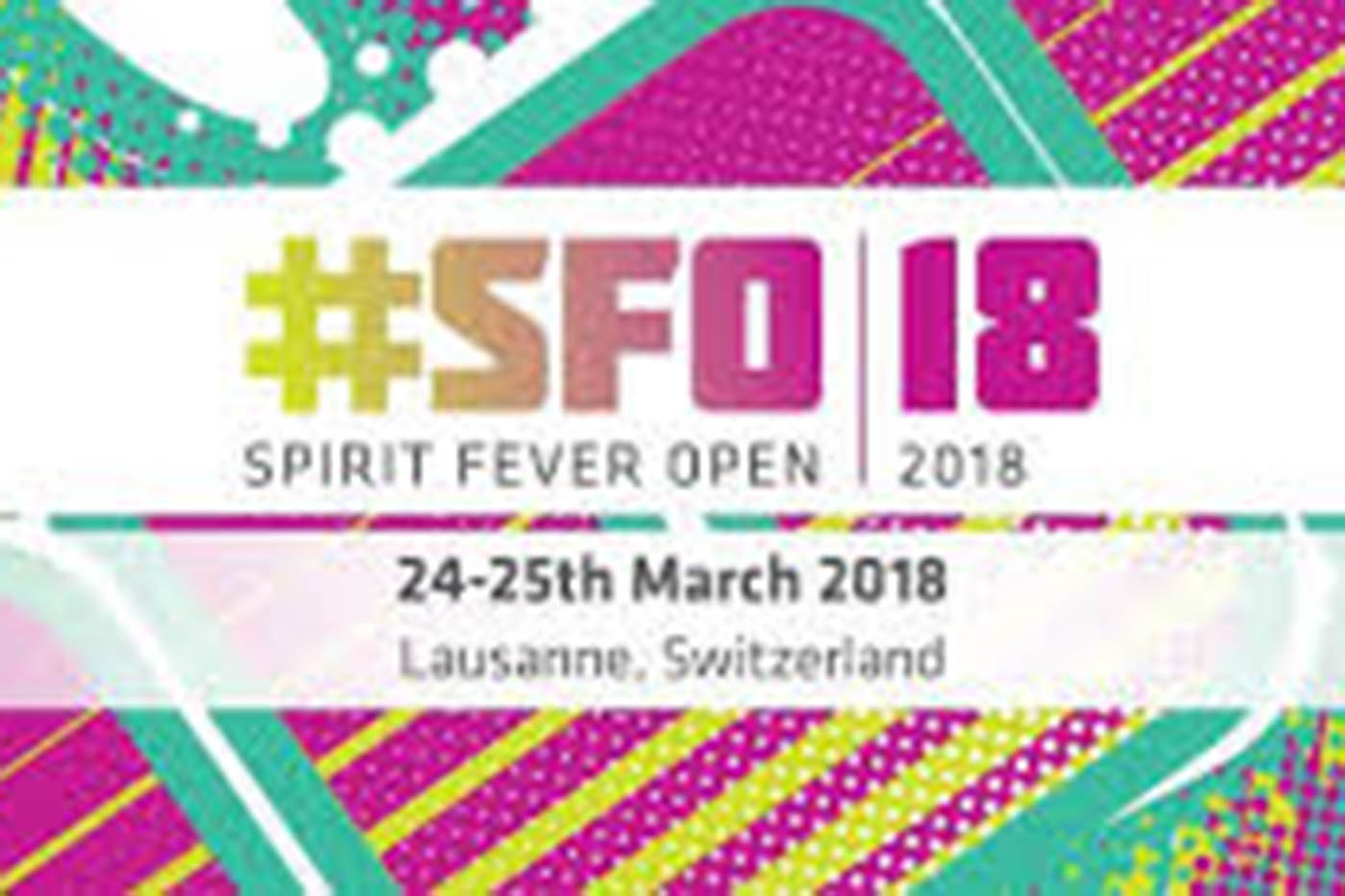 Cheerleading competitions can quickly become overwhelming for spectators. If this is your first ride, or you’ve been to competitions for years and you still don’t know what’s going on half the time: I’ve got you covered. Read this post to get ready for Spirit Fever Open on Saturday!

You don’t have any cheer vocabulary yet? Read the tumbling or stunts article to refresh your memory!

There’s a whole bunch of different categories throughout a competition day. The naming system is always the same, shown on this example: 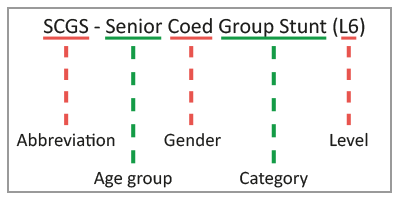 Let’s go through all the different components. The abbreviation in the beginning always takes the first letter of each word.

In Switzerland, there’s three different age groups. Not all categories are open for all of them, as for example partner stunting cannot be done with 6 year old athletes.

In the peewee and senior age group, there are further age restrictions depending on the level a team competes in. We’ll look at that later.

Gender (not applicable to performance cheer)

In Switzerland, there usually aren’t any coed categories for junior and peewee cheer. Peewee teams are, however, allowed as many boys as they want. Under the age of 13, there’s no significant benefit of having male athletes on the mat. Junior teams are allowed to have up to one boy in an all-girl team. The influence this has on the team is minimal.

Here’s a complete list of all the categories offered at Spirit Fever Open 2018:

Partner Stunt
One male and one female athlete perform stunts for 1 minute. Category for seniors only.

Cheer
A team of 8-25 athletes compete a 2.5 minute long routine that incorporates stunts, baskets, pyramids, tumbling, jumps and (for all-girl only) dance. There is also a “cheer” portion, usually at the beginning of the routine, to hype up the crowd for the team.

There are 6 levels of cheerleading. These levels were mainly implemented for safety reasons, preventing inexperienced teams from performing dangerous stunts. That’s why, in some cases, a level 5 stunt can actually be harder to perform than a level 6 stunt, but it’s allowed because the risk of injury is lower. Levels do not necessarily reflect difficulty, though it usually correlates.

In Switzerland, the levels offered in competition are based on age groups. There are not enough teams to open each level for every age group, which might change in the future.

Levels 1-3: Peewee
Twisting and release moves in stunts are strongly restricted, especially on extended height (bases holding the flyer above their heads). Most of the action ins stunts happens at shoulder-height or below in these levels. Additional age restrictions apply to these levels as of 2019.
Exception Spirit Fever Open: Level 3 is also open to senior teams. It makes a lot of sense for less experienced teams to compete on this level, no matter the age group. They can focus on clean technique and safety without the pressure of teams that have been around for decades.

Level 4: Junior
More twists and release moves are allowed, some of them to extended height. Baskets are allowed to have twists as well.

Level 5: Junior and Senior
Up to 2.5 twists are allowed in all stunts and baskets. There’s only very few restrictions on release moves.

Level 6: Senior
Flyers are allowed to do horizontal rotations (= flips) in the air without any assistance. For pyramids, flyers can stand on top of other flyers. This is the only difference to level 5. Athletes must be 15 years and older.

There will be some more in-depth information about competitions before Swiss championships in May, but for now, I hope this helps you understand what’s happening at Spirit Fever Open. Don’t forget to pack your earplugs! Cheer music isn’t for everyone, and it can get quite loud.

Make sure to show up and support your team! By the way, in cheerleading it’s customary to cheer for everyone, even your own opponents. So warm up your vocal cords, it’s going to get wild!