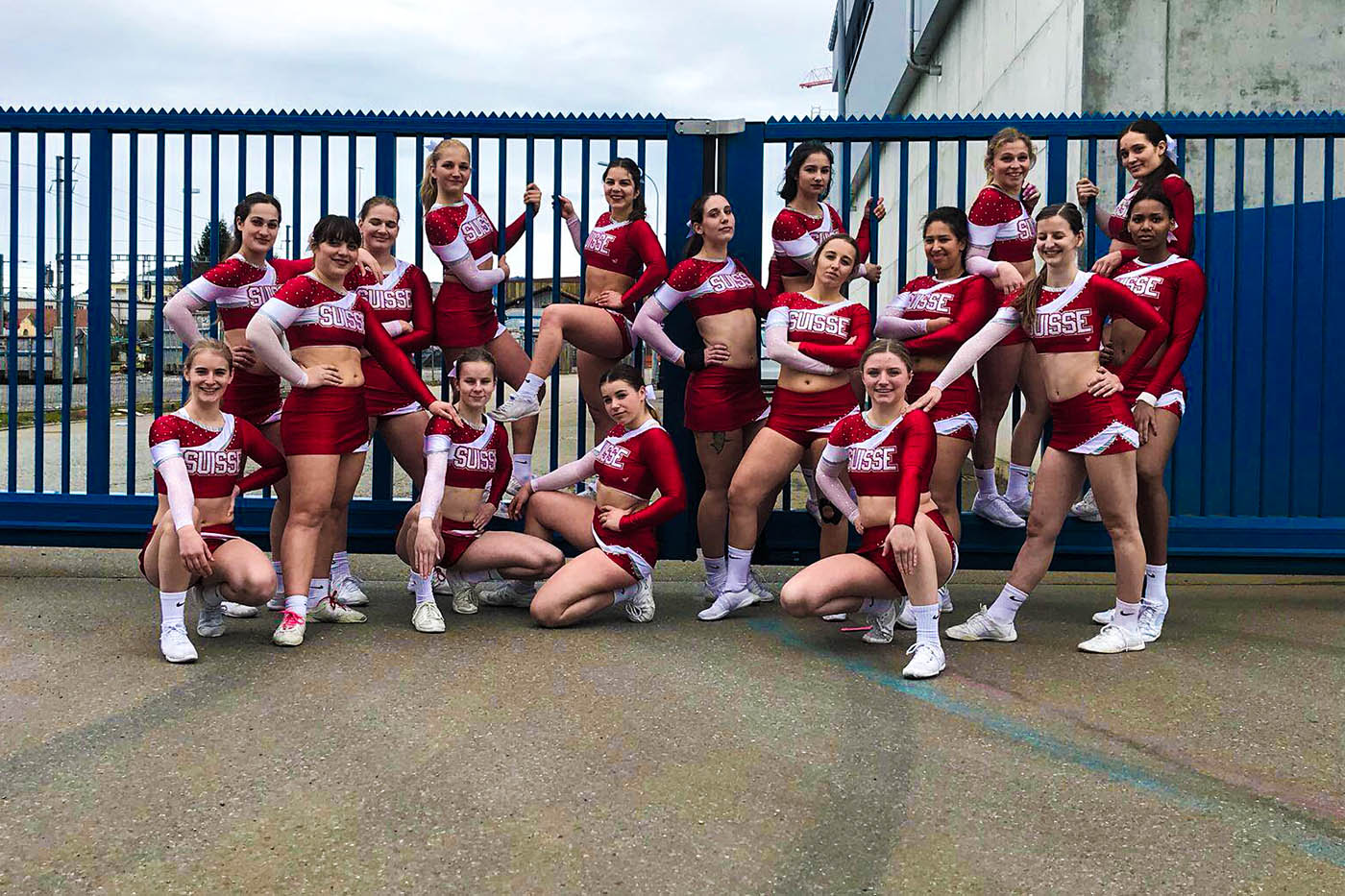 Soon, the Swiss Allgirl National Team is off to the USA. After their showcase on Easter Monday I got the opportunity to talk to Noemi, one of the athletes, and Coach Alex. He trains the team together with Dominique under the supervision and guidance of Head Coach Marion.

Alex and Noemi, what does the national team tryout look like?

Participants can either try out as a stunt group of four athletes, or as individuals who specialize in tumbling. Prior to the tryout day, they receive a long list of stunts and baskets that they need to be able to perform. Those, in addition to other cheerleading skills like jumps and tumbling, are assessed on that day. This year, we didn’t have a lot of participants, which is why we decided on a total of 17 members. The four stunt groups come from four different clubs: FCSG, Hummingbirds, Gladiators and Fire Allstars.

Why weren’t there more participants?

The whole thing is very time consuming. We practice together for one weekend a month, but that’s not nearly enough. Members need to train with their stunt group almost every day to keep up with the level. In addition to that, all of them compete for their own clubs as well and are training for Swiss Championships. Going to Worlds also isn’t cheap, as we’re lacking sponsors. All costs fall back on the team.

What does a weekend of training look like for the national team?

We train for five hours per day. The routine that we wanted the team to perform was already more or less in place before the first weekend. We used those two days to teach the individual stunts and go over technique. This gave us a basis to work from. The following weekends, we learned the whole routine and started putting the choreography in place.

Between those weekends, the stunt groups had homework to do. It was their own responsibility to practice and perfect the stunts they’d learned in trainings. Once the stunts were coming along, we did tons of partial full-outs (complete routines, but each time only a portion of the skills are actually performed). This prepares the team for stressful situations, gets them used to the music and builds up stamina. Only during the last two trainings we mainly practiced full-out routines.

Are you happy with how the showcase went?

Yes, we’re happy with it. We showed the routine twice; the first time, it was still a bit shaky. But during the second routine, the team really showed off their skill.

When are you leaving for America?

All members meet on 21 April in a hotel in Cocoa Beach, Florida. We will train every day in a gym about an hour from there to polish our routine. Competition takes place at Disney World in Orlando, Florida from 25 to 27 April.

We wish you and the team a successful and injury-free time in America!

Besides the All Girl National Team, which has been assembled through a tryout process, there will also be a Coed National Team. This was set up in a slightly different way, so stay tuned for next week’s post to find out more about them!