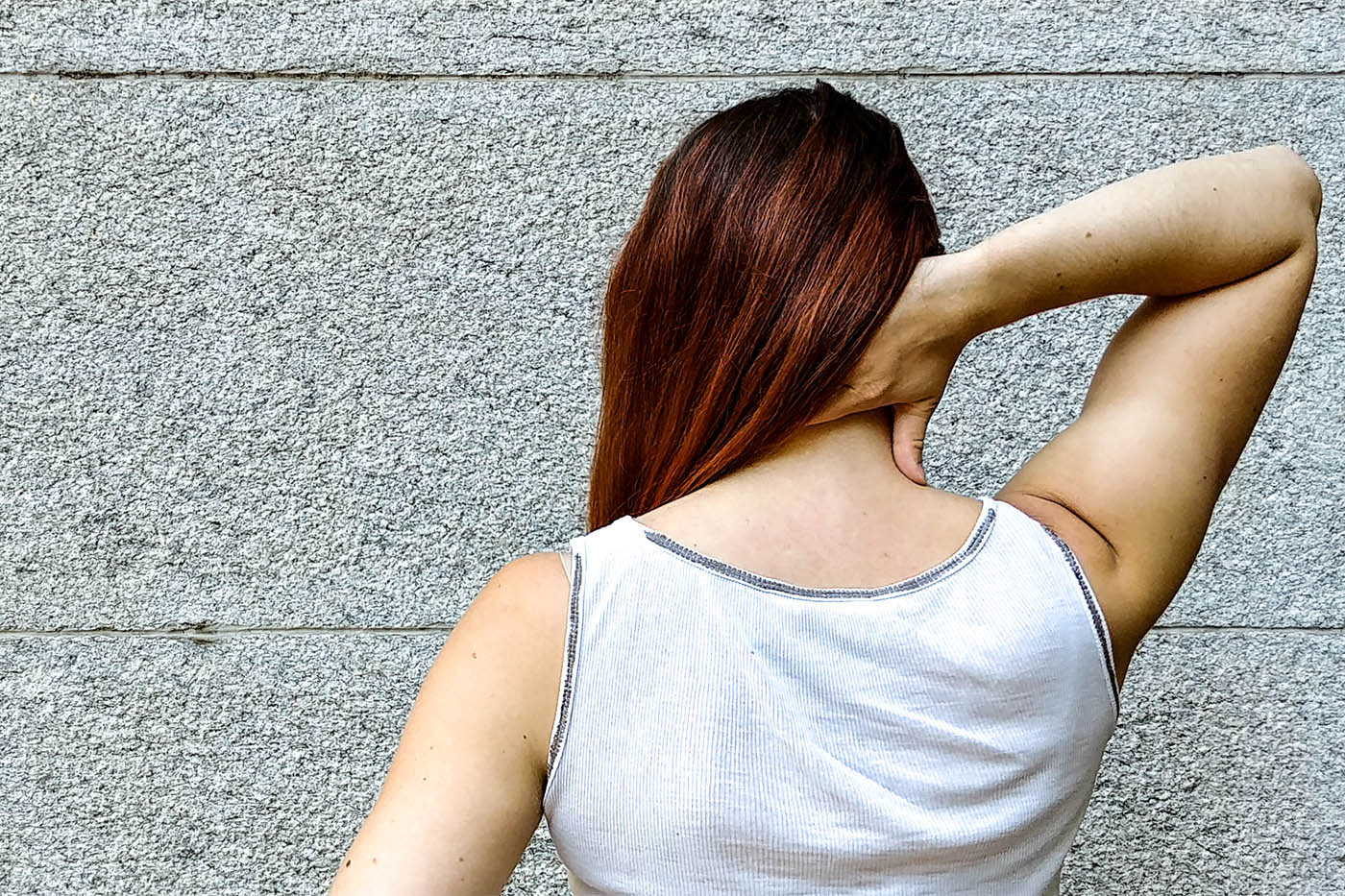 Readers of my blog have probably realised one thing: Whenever I speak of technique or training, I speak of safety. This has many reasons, one being my personal experience with injury. I know that there are many athletes out there with similar stories, so I thought I’d share mine, and the things I learned from it.

The sport, if done right, is no more dangerous than others. But I do want to raise awareness to some issues that I see a lot in the cheer world, and I hope it helps you make smart decisions for yourself and your body when you’re in a difficult situation.

When I was 15 years old, I had an accident. I was basing a very simple pyramid, and something behind me went wrong. I was pushed forward while my own flyer was in the middle of a cradle, and she dropped straight onto my head because I couldn’t go anywhere but underneath her. It was nobody’s fault, these things happen as we all know, and it wasn’t very dramatic either.

My neck hurt quite a bit, and I sat out for a few minutes, then got back to training – as you do, right? We were in the middle of a season, and I’m an incredibly stubborn person. No way would I take myself off that team because of something so minor. It was only my first year as a senior, and I had to prove myself.

Over the next few days, I didn’t feel well. It got to the point where I would lay down on the floor at the back of my classroom and participate from there because I couldn’t sit all day anymore. So I went to the doctor. After I explained to him what had happened, he told me that such a neck compression could hurt for up to a year, and there’s not a lot he can do about it. He never examined me. I asked him if I could keep training, and he basically told me that if the pain was tolerable, I could go on – with care.

What he didn’t know is that in my mind, “tolerable” means anything that won’t kill me on the spot, and “with care” was immediately deleted from my brain. I completed the season, hiding the degree of pain from coaches and parents. Needless to say, it got worse.

One year later, when the pain hadn’t improved, I went back. To a different doctor. He immediately signed me up for an X-ray and an MRI, remarking that it was quite careless of my previous physician not to have done that already. I can’t recall the details of the results, it’s been over five years since then. The gist of it: I had cracked several vertebrae in my neck, but because none of them had broken in an unstable position, they hadn’t caused more serious damage. They’d grown back together a bit crooked, and he could see beginning arthrosis between them. It’s hard to say what exactly was caused by the accident and what might have been pre-existing, but the hit certainly didn’t help.

Because I didn’t get treatment right away, the structures around my neck, desperately trying to keep it all together, were in some kind of permanent cramp. I had adopted a posture that would relieve pressure from where I was hurt, which caused further pain in other areas. Also, I hadn’t really turned my neck for a year, so I was quite immobile. My doctor and physio therapists advised me not to go back to cheerleading because of the high impacts and the risk of another injury in the same area, which could have been disastrous.

Quitting cheerleading was never an option for me. My team is like another family to me, and cheer has become way more than a sport in my life. I felt like I had unfinished business, and if I ever ended my sports career, I wanted it to be on my terms. So for the next three years, I focused on recovery and put all my energy into coaching.

Let’s pause the story here to reflect on it for a second.

As I’ve said before, even if it sounds dramatic when told like this, the accident itself wasn’t all that bad. Kids break arms and legs all the time playing outside, that’s just how it goes, no drama. My doctor’s reaction was, amongst other factors, what made it dangerous.

I just turned 15 years old – I had no clue. If a doctor tells me not to worry, I won’t worry. I didn’t think that maybe, my normal physician wasn’t the right person to assess the situation. I still think he was careless not to even examine me at all, but I can understand where he’s coming from. Most of his patients are older and have issues with their arthritis. A young person who already pushed herself to the limit of her pain tolerance before she even shows up isn’t the norm.

My advice: If you have an injury, see a specialist. Demand to be examined. If your doctor looks at your swollen ankle and tells you that most likely, this or that ligament is slightly torn, call bullshit – he has no way of seeing that. It’s his best guess. He cannot see through your skin. And yes, usually it makes sense to wait for a week or two until the swelling disappears because otherwise you can’t be properly examined. But if your knee has been hurting for two months and your doctor still doesn’t offer an MRI, demand one. You pay insurance. Just because it’s expensive for them doesn’t mean you shouldn’t get one.

Go for a second opinion if you don’t trust your doctor’s decision. This is your body, and you have a right to get the best care you can. Honestly, we pay enough for that coverage. You’re the only one who feels what you feel. No doctor can see inside of you and assess your pain levels.

Please don’t get me wrong, I don’t want to bash doctors. But specialists exist for a reason, and no reputable general practitioner will ever keep you from seeing a specialist. Your family doctor has years of training on his field, but sports injuries aren’t in his field. He also doesn’t understand that “just not doing that anymore” is not valid treatment for an athlete.

I still have a lot to say on the topic and I’d like to tell the happy ending of my personal story as well, but this post is getting too long. Stay tuned for next week, where I’ll talk about more of the mental aspects that influenced my injury and recovery, and where I’m standing now!