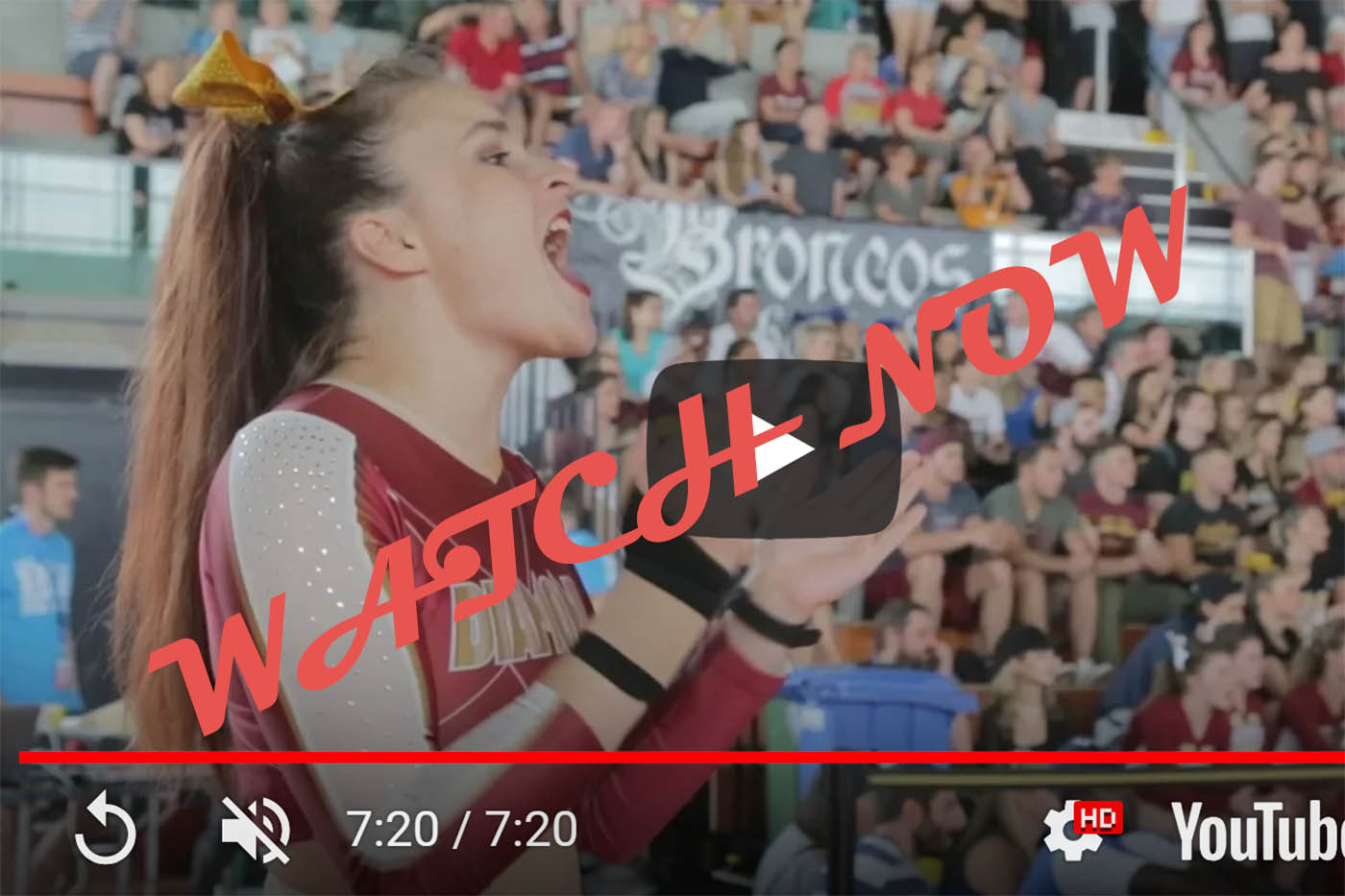 I actually didn’t plan to write this post, it kinda just happened. Maybe because I’m about as excited as a puppy playing in snow for the first time, or, you know, as excited as a cheerleader who had the best season of her life documented by an amazing film crew.

If you haven’t seen the video yet, visit Islandart right now and watch it, then come back. Seriously, you need to watch it right now, I added English subtitles for you, no excuses.

How do you get a professional film crew to show up at your doorstep and film such an amazing documentary, you ask? I have no clue. Probably just fate. Sorry. Lukas from Islandart found our team while working on his series “Kurzgeschichten aus Winterthur” (Short Stories from Winterthur). Just two weeks before Swiss Nationals, he visited us in training and followed me around for the evening. Some of you might have also spotted him at Nationals, though he and Susanne, his partner in crime, are like ninjas when it comes to blending into a crowd. Even I forgot about them from time to time.

What’s the series about, and who’s Islandart?

Lukas and Susanne founded Islandart GmbH in 2012. Ever since, they’ve been working like maniacs. They do everything from websites over graphic design and print to, you guessed it, filming. Short Stories from Winterthur is a project that’s very dear to them. They pick different people from Winterthur and portray their life in a short video. It’s amazing to see how people living right next door can have such crazy lives!

When you talk to Lukas about an episode or about filming in general, his eyes get all sparkly. It’s awesome to meet people with the same amount of passion for something as I have for cheerleading; it doesn’t actually matter what it is. When people are so enthusiastic about what they work on, great things happen. In our case, a video made by two people passionate about good storytelling, and a person keen on telling her story.

My fellow coaches can relate: Championships are stressful. In addition, I’m a person who likes to plan everything meticulously and to the minute, so receiving a whole new time table on the day of competition sends me straight into panic mode. I know that it happens every year. I’m still not prepared for it. Anyways.

I was worried about Lukas and Susanne following me around all day, because I’d have to make sure they’re in the right place at the right time, get the footage they need, and find outlets to charge their equipment and everything. I soon realised I didn’t have to do any of that. Sometimes I lost them for a while, but they always showed up at exactly the right time in exactly the right spot. They took extra care to blend into the background as much as they could, save for interviews of course. They did a great job in capturing a cheerleader in her natural habitat without disturbing anyone.

After championships, we met for the interview part. As I’m usually behind the camera and not in front of it, I was a bit uncomfortable at first, but again, I needn’t have worried. Susanne asked me all the questions while Lukas focused on filming, and I felt so comfortable with the two. They’re just so easy-going, very interested in everything you have to say, and they create a relaxed atmosphere wherever they go. If I ever have another video project, they’ll be my first choice ( also because they kinda got into cheerleading a bit while they were with us 😉 )

If you subscribe to the newsletter on this page, you’ll get notified as soon as the next portrait goes online (end of November). Lukas gave me a little sneak-peek, and if you’re just the tiniest bit interested in what the life of a photographer is like, you’ll love it. Also, don’t miss out on the other episode that’s already published, “The Architect”.

This project was a once-in-a-lifetime chance for me. Wouldn’t it be great if we had more content like this? We could give people insight into our lives as cheerleaders, tell them what moves us and why we’re doing all of this. I’m convinced that as soon as people understand what the core of our sport is, the motivation, the friendship, the team spirit and everything that goes with it, kids will flood our gyms. I mean come on, how could anyone think it’s not the greatest sport on Earth, right? 😉

I hope we can create more content like this in the near future, promote our sport and share the spirit of cheerleading with all of Switzerland!