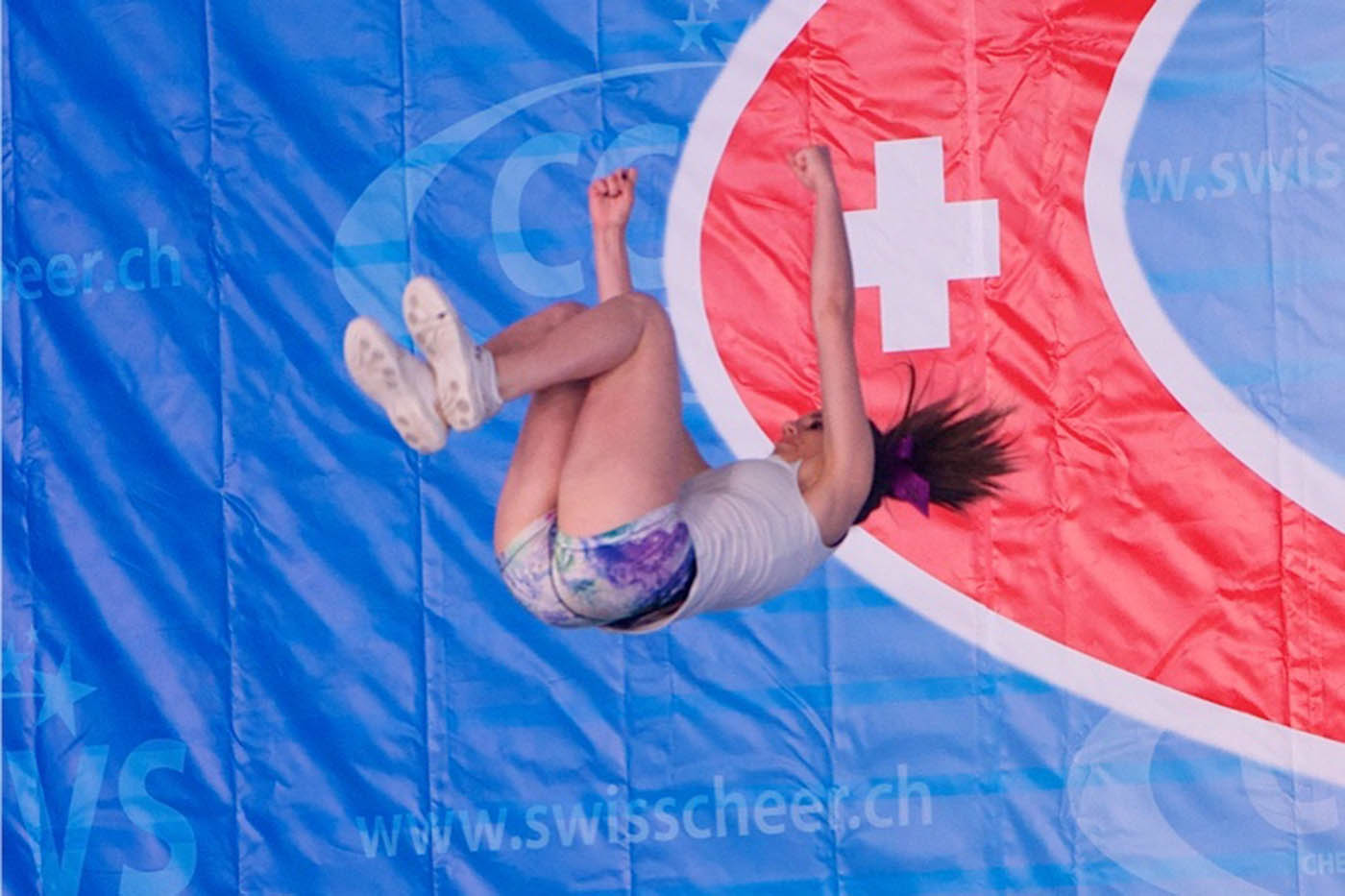 The level system of cheerleading can be hard to understand, especially for athletes and parents who never read the rulebook. I’ve heard many athletes mope around after they hear that they’ll compete in a lower level. When you ask them which stunts in particular they’re sad about, they usually don’t have an answer, because they actually don’t know what the rules of the different levels are.

This post is a bit wordy, but I think it’s important. I could write about levels for days, but today I want to focus on the one that gives me the most grief: Level 6.

Why we have levels

One of the biggest misconceptions about levels is that they correlate directly to difficulty. That’s not the case. For example: A traditional style full up to liberty is a level 4 stunt, but a front flip dismount is level 6. In my experience, full ups are harder to learn for most athletes than front flips. Broadly speaking, stunts do get harder with higher levels, but it’s definitely not always the case, and it’s not why we have levels.

Our levels are designed for athlete safety. Lower levels tend to require more spotters, and flyers in levels 1-3 do most of their spinning and releasing at the shoulder level of the bases so that they’re easier to catch if they fall. In Switzerland, levels are structured by age groups:

As you can see in the examples, there are difficult stunts and very creative routines at every level. All examples are teams from Cheer Extreme – except for level 6. Because, in all their 10 locations and almost 100 different teams, they do not have a single level 6 team.

The difference between level 5 and 6

There’s only two major changes going from level five to six: Free flying overhead rotations and stacked pyramids are added. This means that flyers are now allowed to flip in baskets or stunts, and in pyramids you’re allowed to put one flyer on top of another flyer. I’m simplifying of course, but that’s the gist of it.

I want to point out that all kinds of full ups, double ups, double downs, TicTocs and even spinning TicTocs (or everything in this video) are allowed in level 5. You can also flip and spin your pyramid flyers in all sorts of ways as long as someone holds their hand.

Hands up everyone who’s heard of Perfection before Progression. Now everyone who can’t do at least half the stunts in the above videos, take your hands down. Everyone who still has their hands up is allowed to start practicing level 6 if we follow that rule.

In the lower levels, progressions between the skills are pretty smooth; we go from half ups to full ups to one-and-a-half ups so our athletes learn controlled spinning. Once you reach level 6, you can flip and kick and twist in your baskets almost as much as you want (there are restrictions, but you can do A LOT in one basket).

Because: Athletes who compete in level 6 are supposed to be very capable level 5 athletes who learned to spin and who can both flip and spin when they’re held by only one hand. Additionally, level 6 flyers are supposed to be accomplished tumblers who can throw a full twisting layout on the floor by themselves. They should already be proficient in all those movements before they even reach level 6. That was the thought behind the levels; not for athletes to start out in the sport at a high level.

But no one in Switzerland can do all of this!

So why do we even have level 6? Surely, there’s enough work to be done in level 5 for us. The thing is: Cheerleading didn’t start in a very structured manner. Like every new sport, teams just started popping up all over the place, each doing their own thing. You saw something cool on Youtube, you tried it. There was no rulebook. Or at least none that anyone cared about. Safety wasn’t that big of a concern; we didn’t even think about it much. Even when I started coaching juniors 7 years ago, we let them do level 6 pyramids. I would love to go back in time and strangle past-me for that.

Today, the rulebook is enforced, education is available and safety becomes more and more important, but still we have many inexperienced athletes compete in level 6. Why? Because we’ve grown attached to it! Especially those who’ve been around for a while have this fixed image in their head: Stacking flyers on top of each other looks cool, and a basket backtuck gives you a guaranteed gasp from the audience when you show your performance.

But is it worth it?

A gasping crowd is not always what you want. When people come up to you and say “Oh my god in that pyramid when it wobbled, I thought she’d fall and die”, that’s not something to be proud of. Also, the amount of severe accidents that happen in level 6 is way higher than it should be – just look at the last 2 years of Swiss Championships.

Let me make a list of things that are not normal:

I didn’t make these up; these are all situations I have personally seen and lived through myself. Most of these issues stem from level 6 stunts, baskets and pyramids.

“Yeah you know we’re so tough, when you’re a cheerleader and you break your finger you just tape it and get right back on the mat.” I used to be proud when I said something like this. Today, I’m horrified to hear it. This is not a sign of toughness or strength, this is just plain stupid. If you’re of age and you want to risk your health permanently, be my guest; but this is definitely not the mindset that we should teach young athletes.

“But we have that one flyer and she flips really well but she really can’t kick-full, also for us doing a front tuck dismount is way easier than doing a double down so it makes way more sense to go level 6.”

Besides all that, don’t forget that we have bases and back spots under those stunts that are, more often than not, too inexperienced to catch a flyer who panics and opens up in the middle of her flip. Cue the broken noses, concussions and neck injuries when they just close their eyes and hold up their arms, hoping their flyer will fall into them while they’re trying not to get hit.

I’ve been flying and basing in such level 6 stunts. I was considered one of those natural flippers, because “You can do back tucks on the floor, it’s the same!”. It’s not, and it eventually led to a lot of mental blocks because I skipped the necessary progressions. Also, how comfortable do bases really feel when they have to catch a basket or stunts that they know their flyer is scared of? It’s not a nice place to be.

Yes, a level six 4-2-1 pyramid is easier than a level five full twisting front layout with a bracer. But if a 4-2-1 pyramid collapses down the middle, there’s at least three people being buried underneath with no chance of escape, and nobody can reach in and catch the flyers. Do you really want to take the easy way out, risking injuries to all athletes involved?

I’m not saying there’s no one in the country who’d be capable of level 6. But frankly, 95% of us aren’t there yet. I’ve seen the level 6 athletes at Top Gun in person, and I know maybe 20 cheerleaders in all of Switzerland with that level of physical fitness and stunt awareness. Chances are you’re not one of them.

So to all coaches, please make a conscious decision if you want to compete in level 6. Do it because your athletes are ready, not because of the prestige that comes with competing in the highest level. And to all athletes: Never be afraid of speaking up. If you don’t feel comfortable performing skills in training or at competition, sit down with your coach after training and discuss the matter openly.

PS, Bonus fact: If you ever want to be on the national team or go to other international competitions, you’re way better off in level 5!