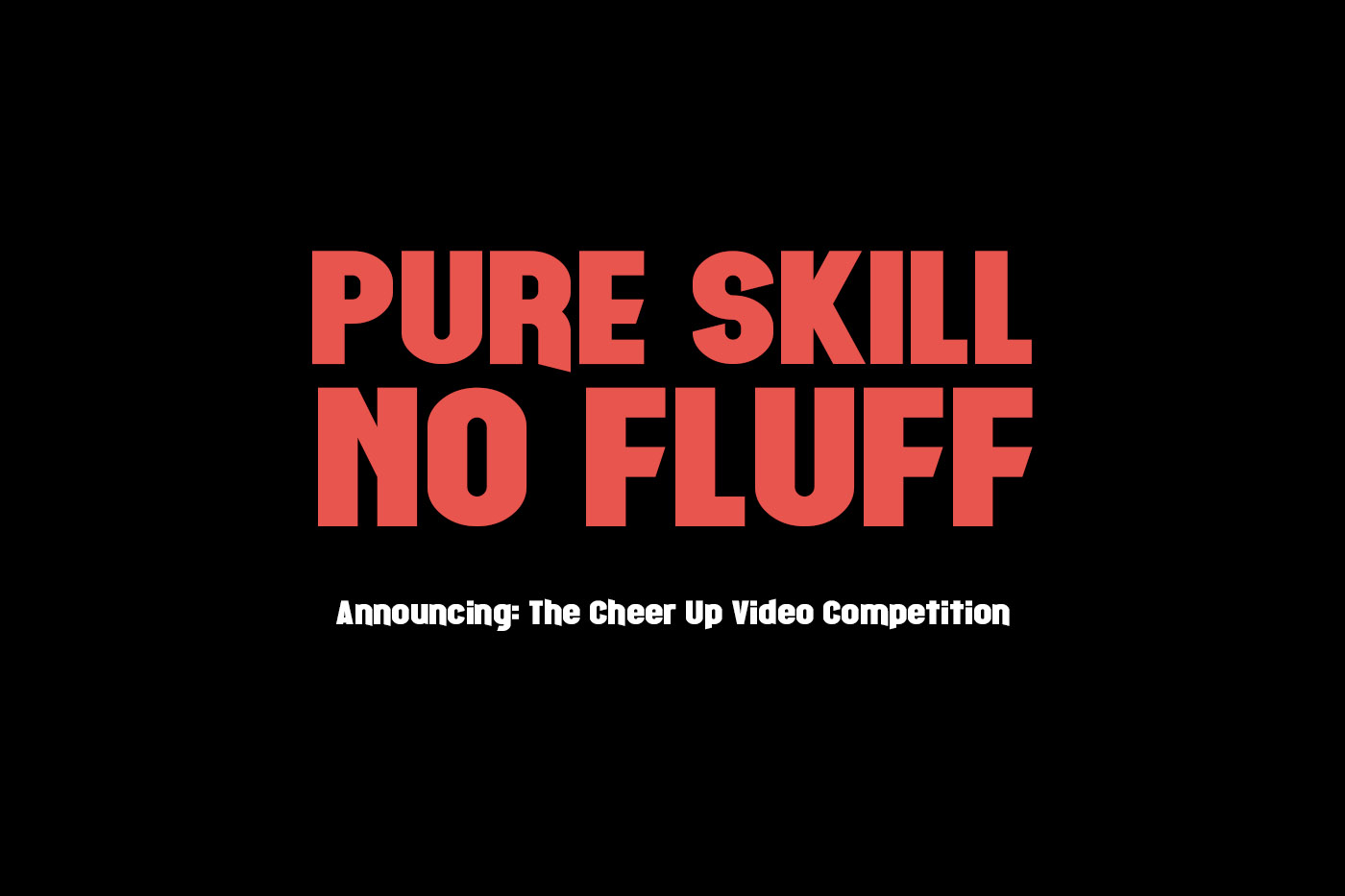 I’ve always been a big believer in this: If something you need doesn’t exist yet, create it. Over the years, I’ve talked to so many Swiss cheerleaders, and we all seem to have similar needs. It’s time for us to do something about it! After years of sluggishness in the sport, things are finally picking up pace again. Broncos Cheerleaders kicked it off with their Mountain Cup this year, which I hope they’ll continue organising in future seasons, and the national team’s new approach to developing athletes over a longer period is yet another step in the right direction. So let’s keep pushing!

Developing the athletic ability that’s necessary for a cheerleader to perform safely at the highest level takes a lot of time. As the Swiss education system is not very accommodating to kids and young adults who are interested in arts or sports, a lot of athletes are forced out of the sport before they reach their peak because they need to meet academic standards. We can’t really change that in the short term, it’s a cultural thing, but we can adapt to the situation.

It’s in the nature of a normal cheerleading season that all athletes on a team must be present at every single practice in order to achieve something great. So that’s 2-3 practices a week, and tumbling, conditioning and flexibility need to be trained on top of that. Many athletes cannot or are not willing to prioritise cheerleading when they’re in an important school year, have a challenging time at work or are looking for an apprenticeship. Because cheer is so all-or-nothing, that’s when we lose a lot of athletes who would still have so much potential.

But what if I told you that as of this year, there’s a way for athletes to still work in a competitive environment and push their limits on a regular basis without the pressure and commitment of a full team season?

Enter: The Cheer Up Video Competition

It’s very simple: you need one stunt group, two camera phones and the motivation to face a new challenge. No traveling, no additional organisational effort, no equipment. Everyone will get a rulebook that is easy to understand, and you don’t need to become a judge to understand the scoring system. This competition will be about pure stunting skill, nothing else. Everyone can see what they and everyone else got deducted for, no scoring-mystery here.

A supplement, not a replacement

In no way will this ever be able to replace a normal competition. What we enjoy about championships is the excitement of the routines, the music, the creativity, the artistic expression of our athletes and the glitter and glam of rhinestones and bows.

This video competition however will clear up all that noise and focus on pure athleticism and skill. There will be no motions, no choreography, no points for the mystical “Flow of the routine” and “Overall impression”. Only one stunt group, the difficulty of their stunts and the execution of their technique. No fluff.

An all-girl stunt group (4 athletes) records a video and sends it in for evaluation. For now, only stunts will be evaluated (no tumbling, jumps, baskets or pyramid). The routine you show will be split up into two parts: A mandatory routine and an optional routine.

The mandatory routine will be sent out in video format, 2 weeks before the entry deadline. It consists of basic skills and takes around 30 seconds to complete. Once you’re done with the mandatory routine, you will immediately and without a video cut move into your optional routine, which you assembled by yourselves.

For your optional routine, you can choose any stunt that is listed in the Code of Points (which will be published as soon as it’s ready). Every stunt has a difficulty value assigned to it. If you add up all your difficulty values, you know how many points you can potentially get for your routine. In addition to those points, you get a maximum of 10 points for execution – every error is deducted from those 10 points. All possible deductions are listed in the Code of Points as well.

After the evaluation of your video, you will get a detailed report on where exactly you got deducted and what for. You have a few weeks before the next video competition to work on those mistakes or change up your optional routine! You can also watch your competitors’ routines and learn from what they’re doing. It will look something like this.

Division, age groups and so on

At this point, I should mention that none of these rules are set in stone. We as the Swiss cheer community will take it upon ourselves to build something that works for us, completely independent from what the international scene looks like. As a small country with few athletes and huge differences in levels, we have very specific needs that I want to adress. This competition should help push our athletes to their best performance and help all teams develop skills across the board. It will evolve and change with us. For now, this is how we will start out:

There’s no specific age group, but there is one rule. If at least one athlete of the group is younger than 16, the oldest athlete of the group can only be 5 years older than the youngest one. So if there’s a 7 year old on your team, the oldest member can be 12. If all athletes are older than 16, age differences don’t matter. This enables us to put together strong teams at the peewee and juniors levels already while keeping the competition fair.

There are 3 divisions: Novice, Advanced and Elite. The mandatory routines will get harder in the higher divisions, and there are some restrictions on the elements allowed in the Novice and Advanced division.

For now, we’ll stick with all-girl only and see how it goes. If there are more than 3 coed stunt groups in a division, I’m happy to also open a coed section in the future. Male athletes are allowed in an all-girl group if the male athlete exclusively performs as a flyer.

There are so many reasons why I always wanted to do something like this. First of all, I’m a very systematic person and I prefer a clear, reliable outline of what exactly I need to do to achieve a result. It shouldn’t take someone years, connections and the ability to travel abroad to attend a course just to figure out what they need to do to score well at competition. It should be neatly packaged into a PDF file, accessible for anyone who cares.

The other big reason is that a competition like this can take place throughout the year in regular intervals. If your stunt group can’t train for a while because of an injury, you can easily sit out one of the competitions and heal without missing out on all the fun for a whole year. It enables athletes who for whatever reason cannot commit to a full season to stay in the sport and keep growing. Athletes who are on a full team as well can adjust the time they invest according to the needs of their team. It also makes it easier for new athletes to join a team when that team is already training for Swiss Nationals, because they can already learn their first stunts with a clear short-term goal!

How to get started

I’m still working out the details of the Code of Points. Also, I’ll need a while to film and photograph a whole bunch of stunts so I can give you guys a detailed guide on all the techniques and deductions. In the meantime, you can already start working on your technique: pick apart the stunts that you’re practicing for next season, for example, and check them for the most common mistakes. Do your bases keep their backs nice and straight and their arms completely extended in a liberty? Does your flyer stay tight or does she wave her arms around when mounting into stunts? Do you keep shuffling your feet while keeping up your flyer? All of these things are sure to get you some deductions. Also, practice your basics for the mandatory routines: Elevators, bounds, liberty variations, cradles and extensions are bound to show up somewhere in there!

I hope you’re as excited for this as I am – I’ll update you guys as soon as I can!